After a debate, which argument is more persuasive? Will conservative viewpoints convince more people, or will liberal viewpoints win the day?

I've been listening to the Intelligence Squared US debates. "Oxford style debate on America's shores." By the rules of the game, the winner is declared based on how many people switched rather than just the predisposition of the crowd that purchased tickets. Given that the events are hosted in New York, it comes as no surprise to me that the liberal point of view on each question usual starts and finishes with a greater majority of the vote. But which point of view causes more people to change their opinion?

The following charts summarize the results of the debates currently available online that had a political angle. (I skipped the debates that didn't seem to highlight a left/right divide such as "Good Riddance to the Mainstream Media" and "The Art Market is Less Ethical than the Stock Market.") Click the chart to see the date of the debate the the info about the participants. 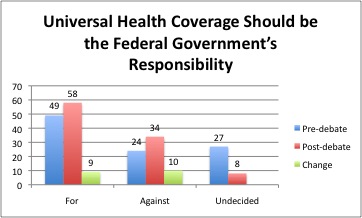 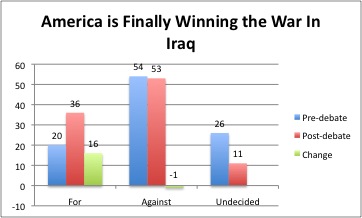 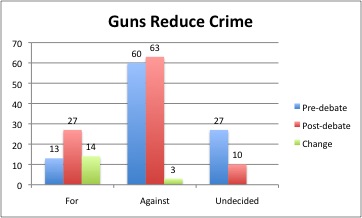 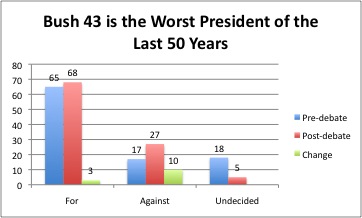 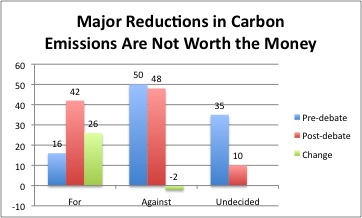 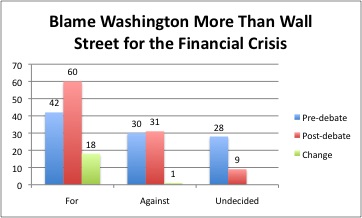 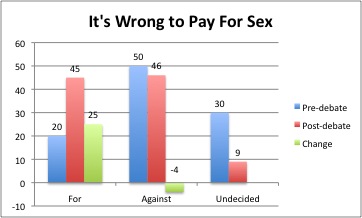 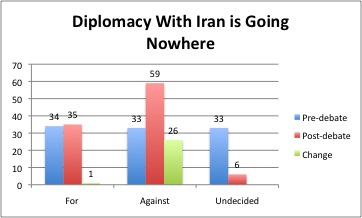 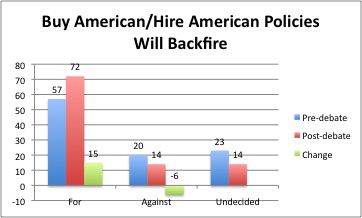 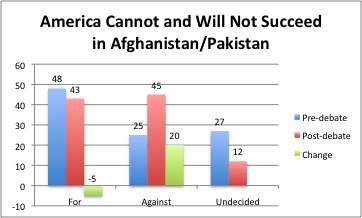 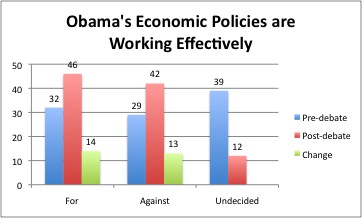 Is it surprising that you find such a high number of people that pay $35-$45 to attend a debate and leave without picking a side?

Should we expect more people to be persuaded by arguments? In an "enlightened" society, shouldn't we see a large majority switching to the side with the more "reasonable" arguments? Why don't we see that?